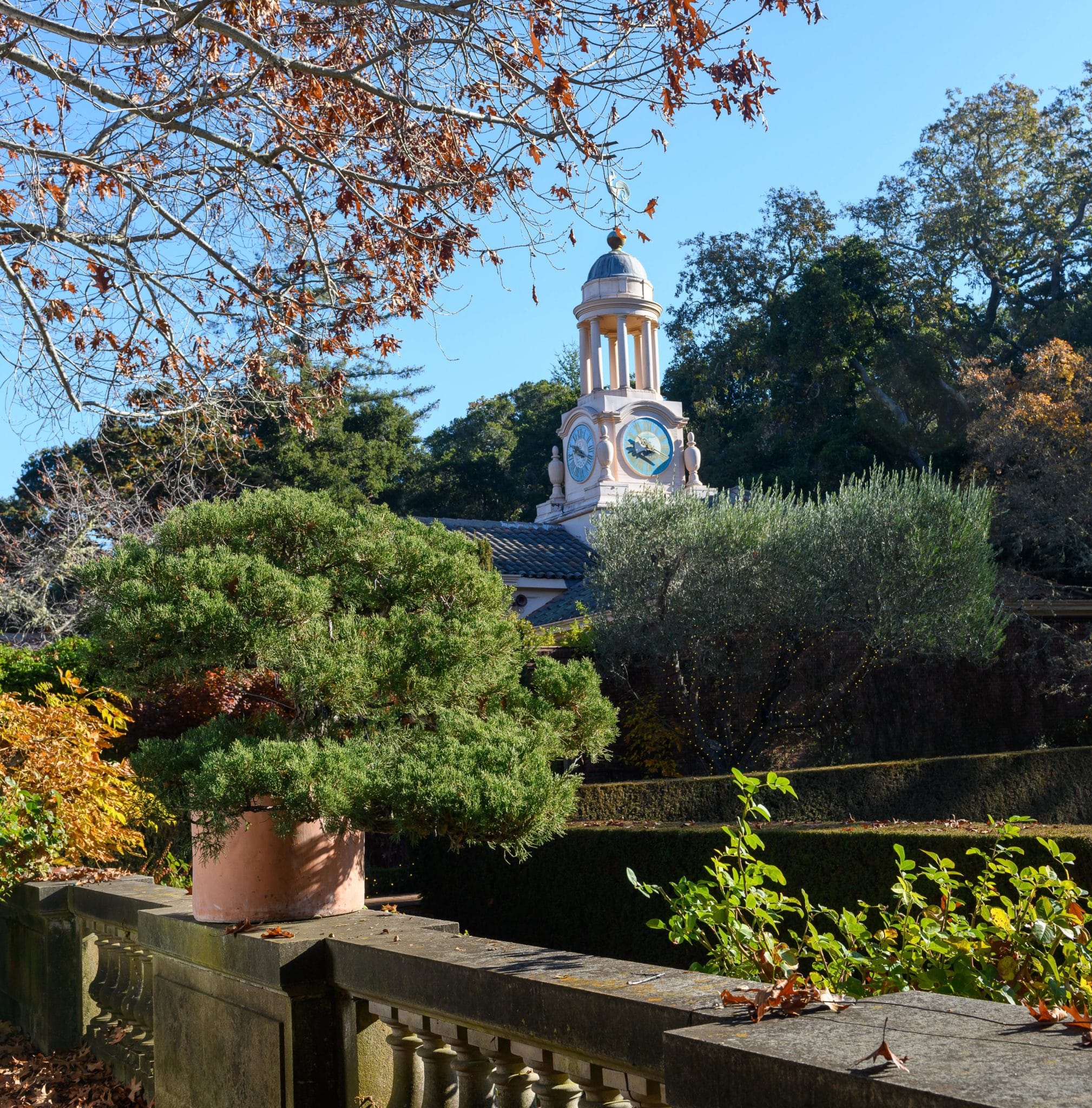 Plan a visit to see the bonsai show

Peter del Tredici, emeritus senior research scientist at the Arnold Arboretum, has written extensively on the history of bonsai in America. According to Dr. del Tredici, a relative of Isabella Worn, it was popular to use the large size bonsai, called ha-chi-no-ki, in late 19th and early 20th century estates as garden ornaments. This was a time when Japan began opening up to the rest of the world, including displaying at international expositions, which created an interest in Japanese style art and decoration for both the landscape and interior decoration. Filoli’s oldest bonsai specimens, which include the junipers on the Dining Room Terrace and adjacent to the Garden House, were potted in large, deep, often glazed, ceramic ornamental, plant containers called jardinieres. These larger style bonsai were of the appropriate scale to decorate the spacious terraces and balustrades commonly found in European-style country place gardens like Filoli.

However, the majority of Filoli’s bonsai collection is not as historic to the estate. In fact, much of our collection came as a series of donations from three members of the Hillsborough Garden Club who were friends with Mrs. Roth. The collections arrived in the 1990s when the family of each matriarch offered the plants to Filoli. Along with the collections, we were eternally grateful to Mr. Harry Sakai, a member of the men’s Japanese Bonsai Club of San Mateo, who tended the plants at their original estates and followed them to Filoli as a Garden volunteer.

The final addition to the collection came from the family of Mr. Toichi Domoto when Mr. Domoto passed away in 1992. Today, Filoli’s collection consists of juniper, pine, cryptomeria, elm, white fir, blue Atlas cedar, ginkgo, ivy, spruce, maple, boxwood, wisteria, and others. We are indebted to members of the Kusamura Bonsai Club for tending the collection the past several years.

Our winter season will feature a focus on bonsai both in the Garden House and the Dining Room Terrace. You will have the opportunity to enjoy these beautiful specimens and learn more about the history and horticulture of the collection.

JIM SALYARDS has been Filoli’s Director of Horticulture since 2014, and celebrated his 25th year as part of the Horticulture Department in 2020.